With a mind to reduce the "mold problem" in the caverns below Idalium, the adventurers went shopping in the city for gardening tools. They bought a rake, and at "Crazy Harry" the alchemist's shop they bought two pints of Greek fire, which they carefully wrapped in cloth for cushioning. Descending into the dungeons, they had a number of minor encounters on the way to the caverns on the third level, but were able to quickly avoid or overcome the threats without much effort. When they arrived at the shore of the underground lake, they were alarmed to note that the "front line" of the mushroom growth had advanced somewhat since the last time they were here.

The adventurers carefully took samples of the mushrooms and other varieties of fungal forms, placing them carefully in three glass jars they had brought with them. Then, Orin poured out a flask of oil on the ground and lit it with a torch, burning the mushrooms and fungus in a roughly four foot circle. It seemed to writhe and twist as it burned. The air filled with the aroma of sauteed mushrooms. They followed this up with one of the pints of Greek fire, which seemed to spread more effectively and burned a larger area of mushrooms. Caryatid got tired of this piecemeal approach, however, and just cast Fireball into the cave passage, incinerating the fungus coating the walls, floor, and ceiling. The mushrooms seemed to scream as they burned away, but perhaps it was just the sound of the rapidly escaping steam.

On a whim, Simon tried to use his amulet of mindreading on the mushrooms, and his head was suddenly filled with an alarming voice, deep and monotone: "Join us... Come to us... There is nothing to fear... Join with us and be one..." At that moment, four bugbears staggered out of the cave passage, draped in fungal filaments like the seemingly mindless humans they had fought here before. The bugbears lurched stiffly forward. One gaped open its mouth in a croaking, hissing gasp, and they could see the mushrooms growing from its tongue and cheeks, clogging its mouth and spilling out onto its fur.

Caryatid cast Fireball directly on the fungus-enshrouded bugbears. Orin cast Sleep and several of them collapsed, while the others charged forward to attack the remaining one. Chase's mace thumped solidly into the side of the last bugbear standing and it collapsed, but not before a dense cloud of spores erupted from the wound, leaving Chase choking and gasping for fresh air. The group knew that this was bad news, so they returned to the surface, helping the wheezing Father Chase along.

Back in the city of Idalium, they returned to the shopfront chapel that Father Chase had been hired from. They waited anxiously in the drab waiting room while a Brother Todd examined Chase. He returned with the news that the fungal infection could be cured with the right prayers, but that the chapel would require a donation of 1,000 gold darics for the necessary oils and incense, etc. Caryatid paid the fee, and then arranged for her and Father Chase to stay at the chapel overnight (for an additional 5 gp donation apiece), in the event the infection worsened before it could be cured in the morning.

Leaving Father Chase behind, the group made the trek to the Steps to pay a visit to Professor Zinn, the eccentric sage. Professor Zinn was fascinated by the mushroom samples they had brought with them, and offered them 500 silver shekels for each jar. Adrien scoffed at this offer quite rudely, and then Caryatid attempted to smooth the Professor's ruffled feathers with honeyed words and flattery. Simon hinted vaguely about the mysterious voice he had heard in his mind when trying to probe the "thoughts" of the fungus. Professor Zinn eventually offered them 3000 gp for everything, including all the information they knew about the stuff. Caryatid continued to drive a hard bargain, with Adrien chipping in about what a cheapskate the Professor was, and finally Zinn said, "Enough! I'll give you 3500 gold, on the condition that *she* [pointing at Adrien] stay outside from now on! And that she keeps that horrible mangy beast with her!" [referring to Norman, Adrien's pet demonic giant ferret]

The deal being made, the group left their samples with the Professor and returned across the river to the city proper.

This is a blog about Dungeons & Dragons in various editions, and primarily about the campaigns I am running with my friends. I will post campaign journals, setting information, and additional ramblings about the game and the rules. I've been playing D&D on-and-off since the mid-'80s and while I think the latest edition of the rules works quite well, my preferred aesthetic does tend to the "old school", as established in my formative 1e and 2e years in the '80s and '90s. 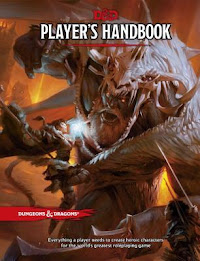 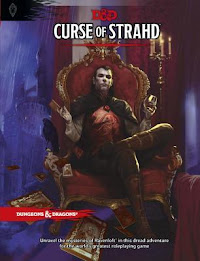